Can you imagine that on the soil of the Old Continent there are natural beauties that have not yet been sufficiently explored, offering every new traveler a potential new secret? This gift of the nature created back in the Mesozoic era, as a mountain karst system, to this date remains unique in the world for its size and composition. Its name is Dinaric Mountains, Dinaric Arc or simply the Dinarides. This is a great mountain range of south-eastern Europe, which with an area of approximately 100,000 km2 stretches on more than 6000 km of coastline, including the entire area which is facing the Adriatic Sea and naturally connecting eight countries: Slovenia, Croatia, Bosnia and Herzegovina, Montenegro, Serbia, Kosovo, Albania and Macedonia.

The name of this mountain range comes from the name of the mountain Dinara, on the border of Croatia and Bosnia and Herzegovina. Although Dinara is not the highest mountain in the Dinaric Karst, the Dinara massif is positioned in its central part and is one of its larger mountain massifs, which also shares many similar characteristics with other chains and massifs in the Dinaric Mountains, including extending into the so-called Dinaric direction (directions) northwest-southeast.

The basic characteristic of the Dinarides is the karst relief, i.e., the landscape formed by the dissolution of a layer or layers of soluble bedrock, usually carbonate rocks such as limestone or dolomite. The Dinaric karst extends from Udine in Italy to the westernmost parts of Albania and is the largest continuous karst area in Europe, with exceptional geodiversity and biodiversity, which makes it the leading karst-type natural heritage in the world.

The average height of the Dinarides is 1500-2200m. Towards the south of the region stretch higher and higher mountain massifs, which are a real challenge for mountaineers and alpinists, the most grandiose of which are Prokletije (Montenegro, Albania), on which is the highest peak of the Dinarides, Jezerski vrh (Maja Jezerce) – 2692 m. 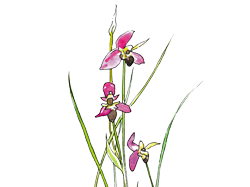 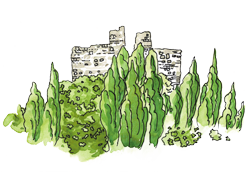