Two environmental organisations are suing the Albanian authorities over the contract for the construction of Vlora airport, claiming that the building work threatens important wetlands and biodiversity areas.

The Albanian Ornithological Society and Protection and Preservation of the Natural Environment in Albania have filed a suit at Tirana Administrative Court on Wednesday challenging the contract to build a new airport in the south-western city of Vlora on ecological grounds.

“The illegal construction works lie within one of the most important wetlands and biodiversity areas in Albania and along the Adriatic flyway, an important flyway for many migratory birds,” the two organisations said in a statement.

“By continuing with the development plans, the Albanian authorities are violating national laws and international conventions, bypassing procedures, and rejecting the opposing remarks of international institutions,” the statement added.

The two organisations allege that the contract, which has started to be implemented, will cause irreversible damage to the environment. They are being supported by Germany-based environmental protection NGO EuroNatur.

The contract to build the airport is between the Albanian authorities and two companies: Turkish company YDA – which built a hospital in Fier as a gift from the Turkish government to Albania – and Mabetex, which is owned by a politician and businessman from Kosovo, Behgjet Pacolli.

More than 30 local and international environmental organisations urged the Albanian government in February 2021 to stop the airport project, saying it will cause huge damage to the environment of the Vjose-Narte protected area.

They pointed out that the protected area covering ​​19,412 hectares is home to 200 wild bird species, 33 of which have endangered status.

Private companies have undertaken to invest 104 million euros in the project, according to Prime Minister Edi Rama, but the tender documents make clear that taxpayers will have to pay 138 million euros or about 40 per cent more than the cost of construction if the concession fails or does not generate a profit.

Currently, Albania has only two international airports, in Tirana and in Kukes in the north. The government says a third one at Vlora is needed to develop transportation links to destinations in the south of the country.

Text is taken from the following link: balkaninsight.com 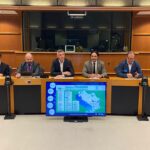 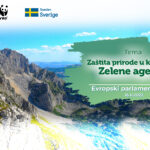 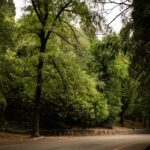